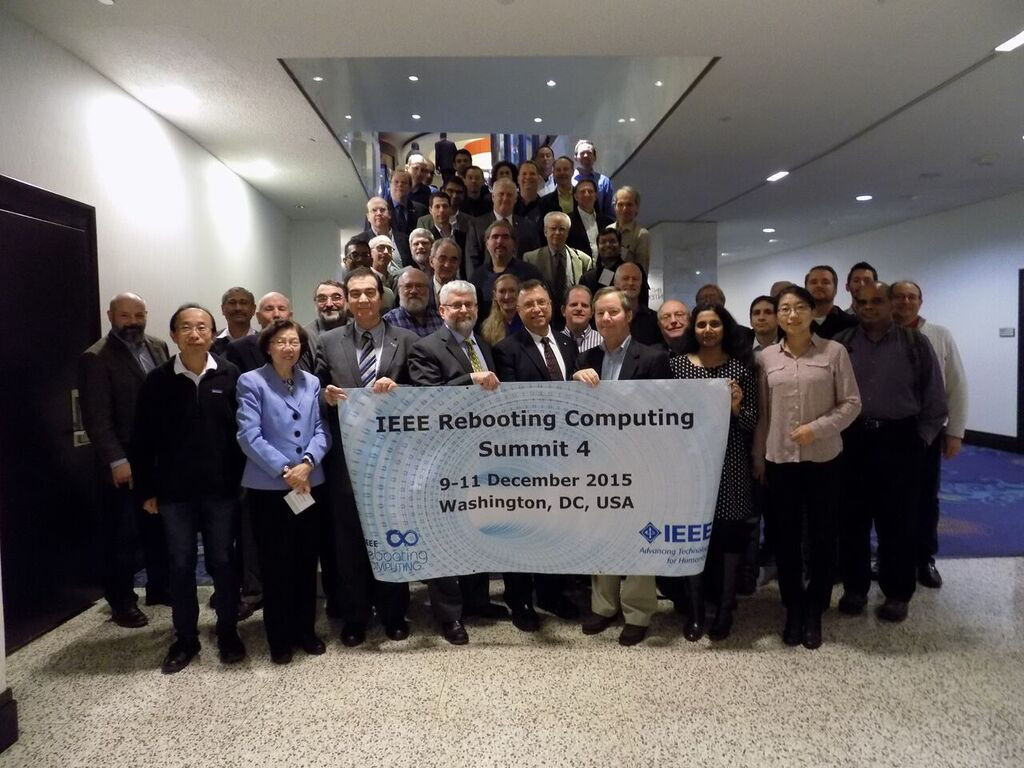 The fourth IEEE Rebooting Computing Summit (RCS 4), organized by the Rebooting Computing Initiative of the IEEE Future Directions Committee (FDC), was held on December 9-11, 2015 at the Washington Hilton, Washington, DC. RCS 4 included 73 invited participants from industry, academia, and government. RCS 4 built on RCS 1, 2, and 3, held in 2013 and 2014, with a theme of “Roadmapping the Future of Computing: Discovering How We May Compute”. The agenda for the Summit is shown below.

On the morning of Dec. 10, introductions were presented by co-chairs of the Rebooting Computing Committee Tom Conte and Elie Track, and RCS 4 Summit Co-Chairs, Erik DeBenedictis and David Mountain.

The Summit was organized around 4 Tracks, consisting of 3 primary tracks and a 4th extra track, with invited talks as shown below:

Also, a Poster Session with 13 posters covering a range of topics related to these tracks and initiatives.

Finally, after the formal end of RCS 4 on Dec. 11th, a special meeting was held to continue discussion on the Sensible Machines Grand Challenge.

While the various tracks featured quite different approaches for Rebooting Computing, there was general agreement that there may be an important role for all of these in different parts of future computing technology. Exponential improvement in computing performance may continue, but not via a single transistor scaling rule as in Moore’s Law in the past.

The RCS 4 Summary Report, as well as links to PDF slides of the invited presentations, will be posted on the Rebooting Computing Portal http://rebootingcomputing.ieee.org soon. 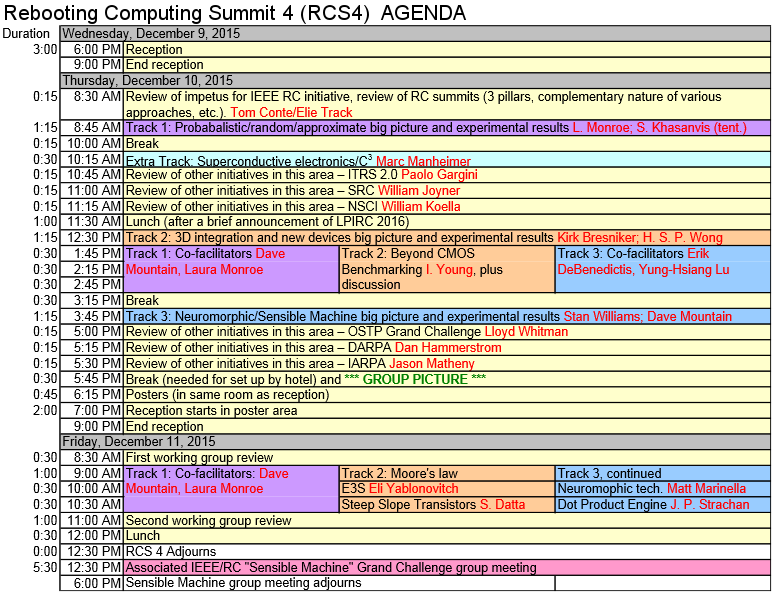