"Conscious Machines for Autonomous Agents and Cybersecurity," by A. Kadin. Can something resembling biological consciousness be implemented using neuromorphic computers?  This article suggests that temporal pattern recognition on near-term neural networks could generate a dynamic model of self-acting in an environment, which seems similar to consciousness.

The Proceedings of the IEEE  has a special issue (May 2021) on Machine Learning (ML).  The Guest Editors (R. Chellappa, S. Theodoridis, A. van Schaik) have presented an overview of the articles in this special issue.

ML has made great strides in the past decade and is now one of the major applications of computing.  In most cases, this has been achieved using deep neural networks, where the interconnections between the neurons are obtained automatically by extensive training using large quantities of real data.  This is extremely compute-intensive, and may be limiting the future evolution of ML.

The editors have selected 14 articles on a wide range of research approaches to improve the performance of ML systems.  These cover theory, applications, and hardware implementations.  Topics include causal inference, anomaly detection, neuromorphic chips, and application to medical imaging.  The Table of Contents for the entire issue is available here.

In the April 2022 issue of Computer magazine, an expert panel discusses "Efficient Computer Vision for Embedded Systems," focusing on the Low-Power Computer Vision Competition, which is a part of the TFRC.

IBM Research has one of the world’s largest programs in R&D of advanced computing.  The Director of IBM Research is Dr. Dario Gil . In May, Dr. Gil led an online presentation with featured interviews with leading IBM researchers in several areas of computing research, which is now available as a YouTube video.

This video is segmented into several parts:

Quantum computing at IBM is based on a developing technology of superconducting qubits, cooled to ultralow temperatures of 15 millidegrees Kelvin.  But these systems are interfaced with and controlled by classical computers, which in turn can be accessed remotely by researchers around the world.  These hybrid classical/quantum computing systems promise tremendous performance enhancements in future computing.

The use of AI for natural language translation is well known.  IBM has a research project examining legacy computer code, of which millions of lines exist.  Similar language translation techniques are being used to translate, categorize, and reorganize this code, enabling it to be updated without massive programmer involvement.  Similar techniques are also being applied to chemistry databases, which are full of non-text symbols and diagrams.

Finally, IBM researchers are working on developing universal high-level techniques to interact with the “hybrid cloud” as if it were a single infinite computer. 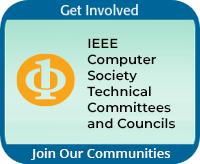 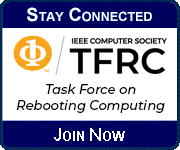