IEEE Industry Summit on the Future of Computing

Discovering a new era of computing 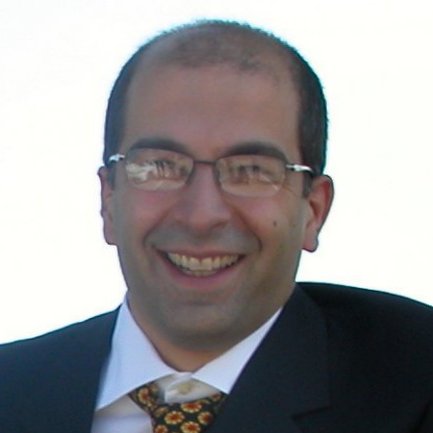 Abstract: D-Wave Systems has accumulated nearly a decade of experience with deployed commercial quantum computing systems, used by researchers from all over the world. While our quantum annealing processors were originally designed for optimization and sampling applications, in the last few years we have demonstrated their ability to simulate physical systems relevant to condensed matter physics. These early applications, along with a broad set of user feedback, have been instrumental in guiding the technological development and system design for the next generation quantum computing platform. We will give an update on several quantum magnetism experiments and review the current plans and status of D-Wave's next product, which will include innovative operating software that enables deployment of hybrid algorithms, an expanded developer environment and new quantum processor unit (QPU). The next generation QPU will feature more than 5000 qubits, increased connectivity, and will be implemented in a lower noise integrated circuit process. 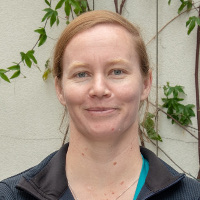 Cara Beasley is an expert in carbon materials, particularly single-walled carbon nanotube (SWNT) growth. As a process engineer at Applied Materials, she spent four years learning about the semiconductor industry and process tool development, while also continuing her work on new materials. Beasley holds a Ph.D. in physical chemistry from Stanford University and a B.S. in biochemistry from the University of California, Santa Barbara. 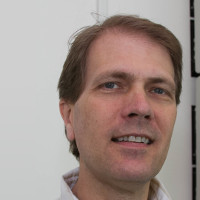 As Chief Technology Officer (CTO) for Livermore Computing (LC) at Lawrence Livermore National Laboratory (LLNL), Bronis R. de Supinski formulates LLNL's large-scale computing strategy and oversees its implementation. He frequently interacts with supercomputing leaders and oversees many collaborations with industry and academia. Previously, Bronis led several research projects in LLNL's Center for Applied Scientific Computing. He earned his Ph.D. in Computer Science from the University of Virginia in 1998 and he joined LLNL in July 1998. In addition to his work with LLNL, Bronis is also a Professor of Exascale Computing at Queen's University of Belfast and an Adjunct Associate Professor in the Department of Computer Science and Engineering at Texas A&M University. Throughout his career, Bronis has won several awards, including the prestigious Gordon Bell Prize in 2005 and 2006, as well as an R&D 100 for his leadership in the development of a novel scalable debugging tool.

Talk: The LLNL Near and Long Term Vision for Large-Scale Systems

Abstract: Lawrence Livermore National Laboratory's (LLNL's) supercomputing center, Livermore Computing (LC), is one of the world's leading large-scale computing sites. This talk will provide a brief overview of LC's current systems, including details of Sierra, the current number 2 system on the Top 500 list. It will then detail LC's anticipated near-term systems, including El Capitan, which will be the first exascale system of the Advanced Simulation and Computing (ASC) program of the National Nuclear Security Administration (NNSA) when it is delivered in 2022 and accepted in 2023. The talk will conclude with a brief overview of the strategies and technologies that LC is pursuing in order to ensure the continued progress of ASC capabilities as we approach the end of Moore's Law. 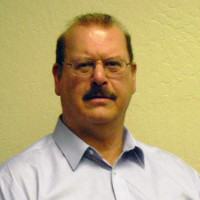 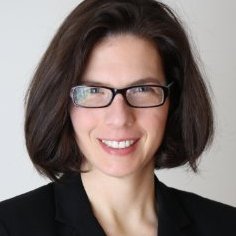 Cindy Goldberg is the Program Director of the IBM Research AI Hardware Center.

The AI Hardware Center, headquartered in Albany, NY, is a global collaboration network between IBM, industry partners, academic partners, and the State of New York, launched in February 2019 as part of a $2b investment by IBM and $300m investment by New York State to create and mature new AI hardware technologies for cloud and edge applications. The AI Hardware Center is also home for a first of its kind testbed for developing AI applications; with an ensemble of tools for simulation, emulation, and benchmarking against tailored infrastructure topology.

Prior to joining IBM, Cindy was Director of Engineering at STMicroelectronics and previously at Freescale Semiconductor, where she built and led global teams developing logic technologies from 0.25um to 7nm nodes, spanning applications ranging from high performance processors to low power mobile chips.

She earned her Ph.D. in Physics from the University At Albany, has authored more than 50 articles, and mentored scores of young scientists.

Abstract: An ensemble of Classical Systems, AI Systems, and Quantum Systems are at the core of the Future of Computing. But the Future of Computing requires more than hardware. A marriage of algorithmic and hardware innovations is needed to advance and scale core capabilities, where trust is a built-in feature rather than a compliance afterthought. Advances in Broad AI and AI hardware research will be shared, as well as the motivating application space which sprouts from their union. Hybrid cloud fabric is central to nimbly managing evolving these workloads across public and private systems with increasingly heterogeneous topologies. 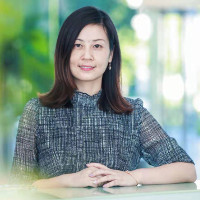 Julia (Xing) Li is the associate director at Baidu Research Institute USA. Ms. Li has extensive experiences in leading technical development and business applications. Under her leadership, her team made significant contributions in several research areas such as Text-To-Speech Synthesis, Medical AI Image Recognition, Deep Learning Performance Benchmark Platform MLPerf, and more. She is also experienced in technology transfer, where she leads teams to transfer technology onto applications such as Simultaneous Translate, Speech and Text-To-Speech Synthesis. She received her Master's Degree in Natural Language Processing and Machine Learning at the Chinese Academy of Sciences and an MBA degree at Haas School of Business, University of California Berkeley.

Abstract: Baidu has been closely involved with AI development since its founding in 2000. The company was the first technology giant in China to investigate the use of AI in services such as Natural Language Processing (NLP), Speech, Computer Vision, Knowledge Graph, and Deep Learning. This talk will cover the latest effort we have put into the research and development in the above areas. We also would like to present some new application scenarios connecting the different aspects of AI technology into people's lives, such as smart city, intelligent transportation, video generation, and etcetera. 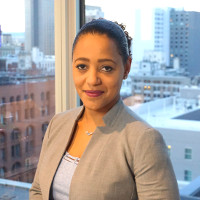 Dr. Suhare Nur currently leads quantum offering management for Honeywell Quantum Solutions. In her role, Suhare is responsible for the go-to-market strategy and execution of Honeywell’s unique technical capabilities in the field of quantum information systems.

Suhare brings experience in strategy, operations and technical excellence to Honeywell. Prior to Honeywell, she was a Project Leader at the Boston Consulting Group (BCG) where she was a core member of the Industrial Goods and Technology, Media, Telecommunications (TMT) practice areas. Suhare also brings extensive device fabrication experience. Prior to BCG, she developed novel synthesis techniques for thin film proton conducting perovskite materials, then designed and fabricated prototype micro solid oxide fuel cell and photocatalytic devices using these perovskite materials. She has held technical positions in technology transfer at Argonne National Laboratory and in research at IBM and ExxonMobil. 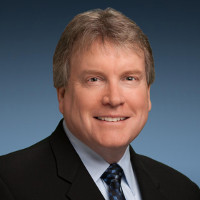 Steve Pawlowski is advanced computing solutions vice president at Micron Technology. He is responsible for defining and developing innovative memory solutions for the enterprise and high-performance computing markets.

Prior to joining Micron in July 2014, Mr. Pawlowski was a senior fellow and the chief technology officer for Intel’s Data Center and Connected Systems Group. Mr. Pawlowski’s extensive industry experience includes 31 years at Intel, where he held several high-level positions and led teams in the design and development of next-generation system architectures and computing platforms.

Talk: The Future of Computing from a Memory/Storage Centric Point of View 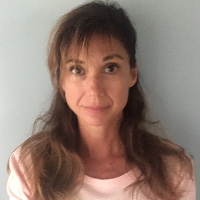 Aimee Rose is the managing director of the new Boston location of Activate, a non-profit that supports entrepreneurial scientists and engineers through mentorship, funding, and access to world-class research facilities. During her Ph.D in Chemistry at MIT, she developed a new class of chemical sensors. She transitioned the technology to a startup, where she steered development into product, deployment and eventually worldwide sales. She was most recently CTO of AFFOA, an advanced manufacturing public-private partnership. 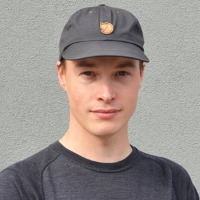 Pete Shadbolt is a cofounder of PsiQuantum, a Palo Alto-based startup building a general-purpose silicon photonic quantum computer. After earning his PhD in experimental photonic quantum computing from the University of Bristol in 2014, Pete was a postdoc at Imperial College researching the theory of photonic QC. During his time at Bristol, he demonstrated the first-ever Variational Quantum Eigensolver and the first-ever public API to a quantum processor. He has been awarded: the 2014 EPSRC “Rising Star” by the British Research Council; the EPSRC Recognizing Inspirational Scientists and Engineers Award; and the European Physics Society Thesis Prize.

Abstract: Quantum computing is one of very few exponentially powerful technologies ever uncovered. However, no quantum computer has yet outperformed classical HPC at a commercially useful task. Very soon we will see small, noisy quantum computers that outperform classical machines at specific, highly constrained, and commercially useless tasks. What is the trajectory from this scientific milestone to truly useful quantum computing? Is error correction required? How can we overcome the challenges of large-scale manufacturability, cooling power, control electronics, and quantum interconnects? I will give an overview of PsiQuantum’s view on these challenges and the past, present and future of quantum computing.

The IEEE Industry Summit on the Future of Computing was held Monday, 4 November 2019 at:

Registration for the 2019 Industry Summit and Rebooting Computing Week has ended. Thanks to all participants!

As a patron, you will have the opportunity to showcase your leading-edge technology, recruit professionals, and discover new ideas for future products. See available Patron Opportunities and contact Terence Martinez (t.c.martinez@ieee.org) for more information.